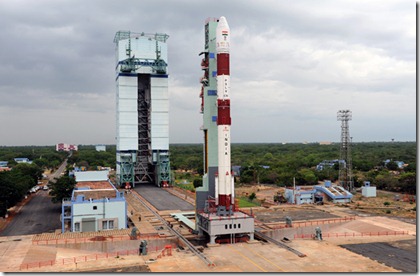 The PSLV C15 carried five satellites, which also included a remote sensing satellite, the Cartosat 2B and one pico satellite called the STUDSAT made by engineering college students of Andhra Pradesh and Karnataka. The other satellites were Alsat from Algeria, two nano satellites from Canada and Switzerland. This launch comes barely three months after the failure of the GSLV D3.