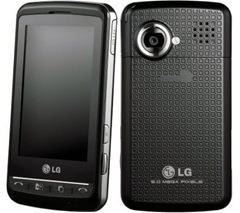 The KS660 can record video clips in 720×480 resolution at 15fps. The phone has two SIM card slots but 3G is not supported. The tri-band KS660 is being touted as a great tool that allows users to have access both business and personal lines in same phone.

The main specification of KS660 as below:

The KS600 is expected to relaese at  China, Russia and a few other Russian satellite states in first quarter 2009.