Yet another Release for Mozilla Firefox announced officially Firefox 18 on Tuesday for Windows , Mac, Linux and Android’s smartphone version. Mozilla Firefox 18 added support for  Retina Display on OS X 10.7 and up with Faster JavaScript performance via IonMonkey compiler and search suggestion for Android’s Firefox mobile. 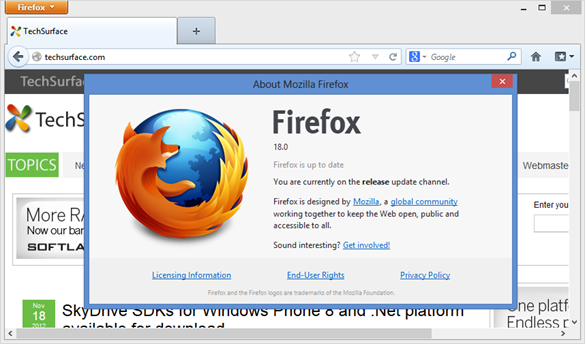 In this release, Mozilla introduces new JavaScript Just-in-time compiler, IonMonkey that makes Web apps and games perform up to 25 percent faster, company claims. It’s predecessor, TraceMonkey and JagerMonkey were having a fairly direct translation from JavaScript to machine code. There was no Intermediate stage for the compiler to get back for translation results and further optimizations. Whereas, IonMoneky translate JavaScript to an Intermediate representation, Run various algorithms for optimization and then translate to machine code. Ionmonkey is enable default for Desktop Firefox 18 and it will be enabled for mobile Firefox as well.

Firefox 18 falls in the range of browser to support for Retina Display on MacBook Pros that enables  your Web experience sharper when watching movies, playing games and browsing in retina display.

Firefox for Android has also updated. The Major features are Search suggestion from Google as you type in Awesome bar on your Android Device. Initially, Firefox will ask you whether to turn on Google search suggestions or not. 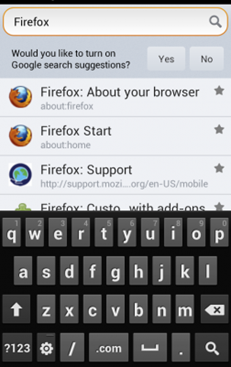