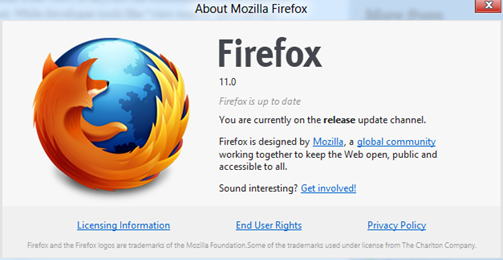 Firefox 11 allows Developers to live edit CSS code with new tools that represent the structure of websites in a new way. It includes a new style editor tool which allow developers to edit CSS stylesheets like using any text editor and see instant results within browser.

It also expand its features by adding Sync capabilities to let users Sync across the computers and also added support for Google Chrome migration.

A marvellous features in Firefox 11 is 3D page inspector that allows developers to understand how the pages are structured.

After selecting “3D” View in Page Inspector, just hover your mouse over the elements to get more information about each piece you select.