In past, Nokia collaborated with Microsoft, adopted Windows Phone as its principal smartphone OS strategy.  Nokia today announced that they will be delivering series of Symbian software updates to Belle smartphones called Microsoft Apps. Microsoft Applications including PowerPoint, Word, Excel for Windows Phone will be extended on Nokia’s Symbian Belle Smartphones. According to Nokia, these updates are designed to add some business productivity tools for  Symbian Belle smartphones. 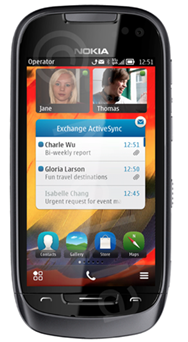 By the end of this year, Nokia  will be releasing following  free Microsoft Apps update that you can download from your Nokia phone:

Microsoft OneNote –  Create searchable notes with text, pictures, bullets, and checkboxes. Then keep your notes in sync using free Windows Live SkyDrive cloud storage to access, edit and manage them from virtually anywhere, from your PC or almost any web browser.

In early 2012, a further update will be made available which will allow OneNote to sync with SharePoint, and will additionally bring native Word, Excel and PowerPoint applications to Symbian.

With this announcements Nokia confirmed that it has not done making investments and introducing innovation into the Symbian platform. There will be more updates in 2012 and more devices to come and Nokia will provide software support to Symbian until at least 2016.