China has successfully launched a new satellite SinoSat-6 into space to improve television and radio broadcasting signals in the country. Today the ‘SinoSat-6’ was launched at 12:14 AM from the Xichang Satellite Launch Centre in southwest China’s Sichuan Province.  The satellite was carried on the Long (about 180 foot tall)  March 3B rocket which took the SinoSat-6 into a geostationary transfer orbit about 26 minutes after the launch. 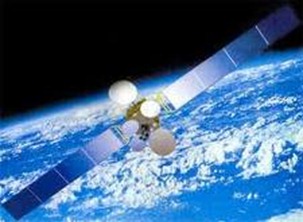 “SinoSat-6 has a lifespan of 15 years and will work at longitude 126.4 degrees east about 35,700 km above the equator”, said China Aerospace Science and Technology Corporation (CASTC), which designed the satellite.It will be used for TV and radio live broadcast signals which improve the signals for people living in remote and mountainous regions.

China has launched the first SinoSat series satellite, SinoSat-1, in 1998.  The SinoSat-2 was launched in 2006 but malfunctioned for it failed to deploy its solar panels and communication antennae.

SinoSat-6 will serve as a substitute for SinoSat-3 which was launched on June 1, 2007, according to the China Aerospace Science and Technology Corporation[CASTC].