Google has released new versions of Google Maps for mobile at a fast pace lately, and the first Google Maps for BlackBerry update of 2010 is a big one. For version 4.0, they’ve added new features to help you find places faster, post from those places with Google Buzz, star them for quick access, and more. 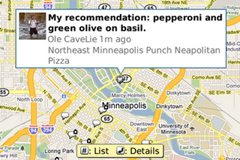 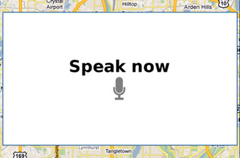 Search by voice: Using Google map 4.0 now you can search by using your voice. you have to do is simply press and hold green“call” button, speak your search, and see your results quickly appear without typing a single letter.

Google Buzz:  Gooogle buzz makes its debut on Blackberry phone. Use the Google Buzz layer to see what’s going on around you or to post to the layer yourself.

To get started, install the latest version of Google Maps 4.0 for BlackBerry by going to m.google.com/maps in your BlackBerry’s Internet Browser.