There’s a good news for Microsoft’s lovers or user, who are interested to know about Microsoft’s history. Currently Channel 9 is running a video series called "The History of Microsoft" that gives you a rare glimpse into the story behind software giant, struggles and successes of Microsoft. 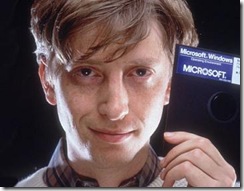 Every Thursday Channel 9 will air a brand new episode beginning with 1975 where The History of Microsoft begins when the ALTAIR 8800 appeared on the cover of Popular Electronics inspiring two young men Bill Gates and Paul Allen to develop BASIC language software for it.  Tune in.