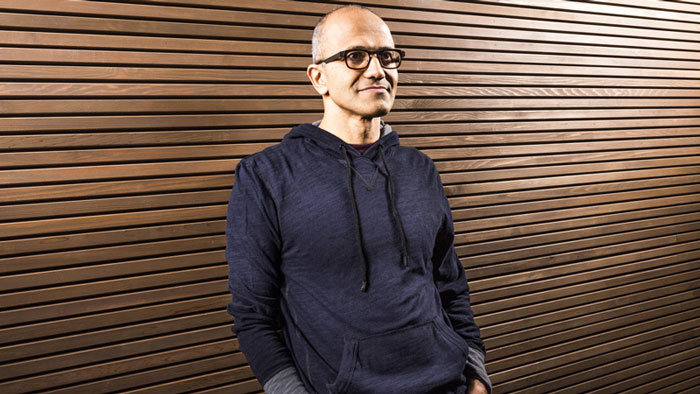 Satya Nadella is the third CEO of Microsoft, Bill Gates heads up to as Technology Advisor and John Thompson as Chairman of Board of Directors.

“During this time of transformation, there is no better person to lead Microsoft than Satya Nadella,” said Bill Gates, Microsoft’s Founder and Member of the Board of Directors. “Satya is a proven leader with hard-core engineering skills, business vision and the ability to bring people together. His vision for how technology will be used and experienced around the world is exactly what Microsoft needs as the company enters its next chapter of expanded product innovation and growth.”

“Having worked with him for more than 20 years, I know that Satya is the right leader at the right time for Microsoft,” said Steve Ballmer, “I’ve had the distinct privilege of working with the most talented employees and senior leadership team in the industry, and I know their passion and hunger for greatness will only grow stronger under Satya’s leadership.”

Satya Nadella was born in Hyderabad, India. He’s working at Microsoft for 22 years. In 1992, he joined Microsoft. He was about to get his master degree in business when Microsoft offered him a position. Nadella wanted to complete his master’s degree and take the Microsoft job. So he made the right choice and did both.

“Microsoft is one of those rare companies to have truly revolutionized the world through technology, and I couldn’t be more honored to have been chosen to lead the company,” Nadella said. “The opportunity ahead for Microsoft is vast, but to seize it, we must focus clearly, move faster and continue to transform. A big part of my job is to accelerate our ability to bring innovative products to our customers more quickly.”

Also, Microsoft has announced Bill Gates as a Founder and Technology advisor. He will be devoting more time to company and support Nadella in shaping technology and product direction. John Thompson, lead independent director for the Board of Directors, will assume the role of Chairman of the Board of Directors and remain an independent director on the Board.

Want to know more about him? Checkout his first interview as CEO of Microsoft :