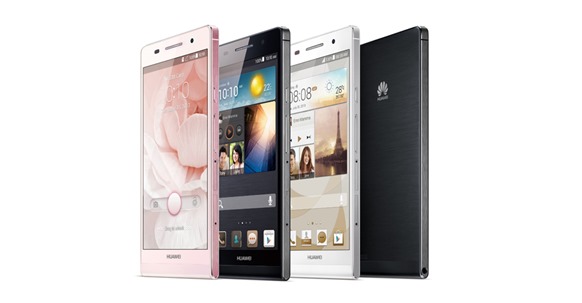 In addition to that, Huawei Ascend P6 is ultra slim at 6.18 mm and weighs just about 120g. It supports MagicTouch for enhance screen responsiveness even when wearing gloves. The Huawei’s Emotion UI technology just got improved with new features addition like panoramic shoot and facial recognition photography functions.

The HUAWEI Ascend P6 is available in black, white and pink with matching color cases. It will begin shipping to China from June and to Western Europe from July through Vodafone, Telefonica, Orange, H3G, O2, Carphone Warehouse, TalkTalk, Media Markt & Saturn, TIM and online via Amazon and CDiscount with other markets to follow.