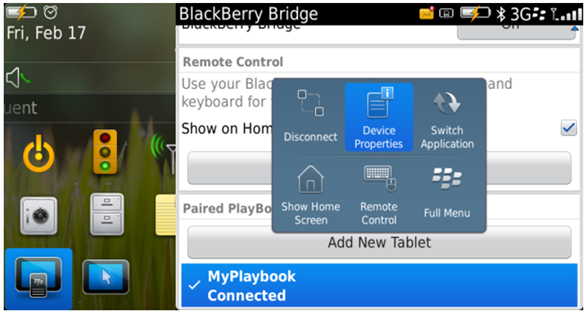 BlackBerry Bridge is similar but different from the BlackBerry OS version that allows you to pair your BlackBerry smartphone with a BlackBerry PlayBook Tablet, share internet and get access to your email, calendar, contacts, messages, and tasks.
Andrey F said in an Official blogpost  ,” Our work is not done, and we will keep pushing the boundaries of what’s possible between BlackBerry 10 devices, and beyond. I can’t wait to share with you more updates on how BlackBerry Bridge will continue to evolve in the future!”

BBM and other texting capabilities are planned as a part of future update later this year, so stay tune.