Today Steven Sinofsky, president of the Windows Division at Microsoft  update us on support of Windows Media Center in Windows 8 in a official blogpost. In our previous blogpost, Windows 8 Editions, we have mentioned that Media Center will be available as an Add on Pack for Windows 8 Pro edition only. 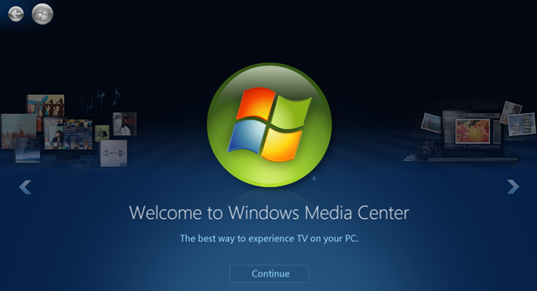 Microsoft Telemetry data shows that majority of Videos user watch on their Screen are from Online Sources like YouTube, Netflix, Hulu etc. Traditional DVD, Blu-ray optical media consumption are declining day by day. Based on these research, Microsoft has decided not to include DVD playback support in Media player any more. Instead of media player, Windows Media center will be capable of providing DVDs, Blu-ray and other media experience.

There will be two ways a user can acquire Media Center pack:

Windows Media Center will support all previous features including including DVD playback (in Media Center, not in Media Player), broadcast TV recording and playback (DBV-T/S, ISDB-S/T, DMBH, and ATSC), and VOB file playback. Media Center Pack pricing details is not yet announced.