Today Steven Sinofsky,Microsoft Windows Chief, has bring out few details in a blogpost, about building Windows for the ARM processor architecture. 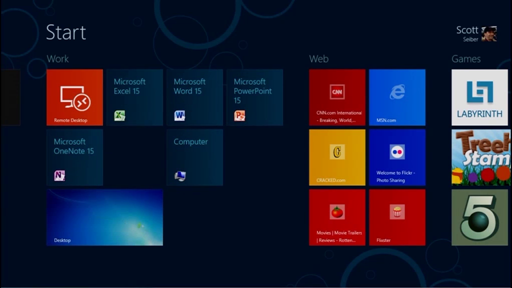 Last year Microsoft had announced that Windows 8 will be build for ARM processor architecture too. Since then Microsoft has never intimated how they are doing it, whether its going to be same like traditional Windows or new approach to follow, what kind of application would be available.

But now we got something, and here’s few Highlights:

Microsoft is building Windows on ARM (WOA), a reimagined windows for the ARM Processor architecture to cover wider range of form factors and designs.

Windows on ARM (WOA) is a new member of the Windows Family, much like Windows Server, Windows Embedded or Windows Phone. WOA are still Under development, Microsoft targeted to ship them the same time as PCs designed for Windows 8 on x86/64 architecture.

It’s being build on foundation of Windows, and will feel just like using Windows 8 on x86/64 architecture.

Metro style apps in the Windows Store can support both WOA and Windows 8 on x86/64. WOA does not support running, emulating, or porting existing x86/64 desktop apps. Code that uses only system or OS services from WinRT can be used within an app and distributed through the Windows Store for both WOA and x86/64.

WOA includes desktop versions of the new MS Office 15 including Microsoft Word, Excel, PowerPoint, and OneNote many more. These new Office applications, codenamed “Office 15”, have been significantly architected for both touch and minimized power/resource consumption, while also being fully-featured for consumers and providing complete document compatibility.

WOA Includes File Explorer, Internet Explorer 10 and most other desktop features which have been significantly architected for both touch and minimized power/resource consumption

With WOA you can look forward to integrated, end-to-end products—hardware, firmware and WOA software, all built from the ground up.

Around the next milestone release of Windows 8 on x86/64, a limited number of test PCs running WOA-specific hardware will be made available to developers and hardware partners in a closed, invitation-only program. But its would not be a sample or hints for forthcoming PCs.

You can read more  about Engineering for ARM at Building Windows blog.