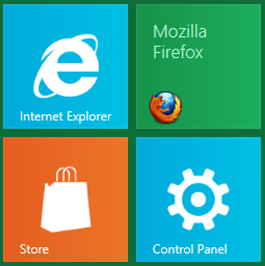 According to the announcement:

Mozilla Firefox on Metro will be similar to other Metro Apps – run in full mode, focused on touch interactions connected to the rest of the Metro environment through Windows 8 contracts.

Firefox on Metro will features an Appbar that would contains common navigation controls such as back, reload, etc. the Awesomebar, and some form of tabs.

Firefox on Metro will also offer a live tile with user-centric data like friends presence or other Firefox Home information updates.

Microsoft is going to release Windows 8 Consumer Preview for public on 29th February 2012. The first version of Firefox on Metro could be release on same time or slightly later .