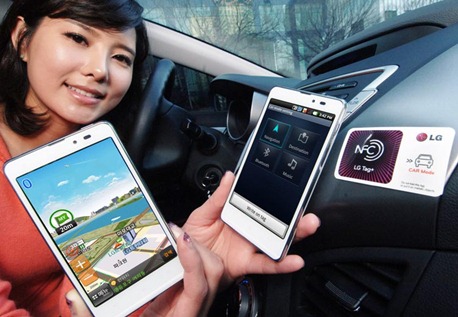 "Our goal is to offer the widest variety of LTE smartphones in the industry in 2012," said Dr. Jong-seok Park, President and CEO of LG Mobile Communications Company. "The Optimus LTE Tag isn’t just a cosmetically-enhanced version of Optimus LTE, it offers a truly innovative feature which we think really makes a smartphone smarter."

In addition to that, LG Optimus LTE Tag is loaded with various unique features including LG Tag+ which allow customers to use NFC tags to communicate with other NFC equipped “stickers” or "tags" that can be programmed to automatically change the phone’s settings. For example, Customers can swap a tag upon entering the office that put the Optimus LTE Tag in silent mode and activate wifi.

The Optimus LTE Tag will be released for the Korean market first, but LG has not announced plans for an international release.