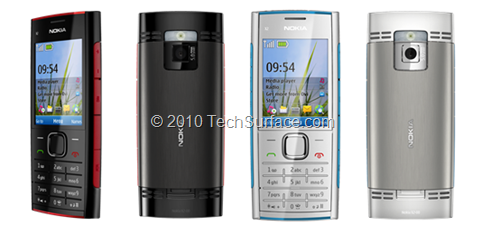 Built from the best materials, this elegant phone has a stylish intriguing look and feel with its curved design and exciting accents. With a SD Memory card expandable  upto 16 GB Nokia X2 provides powerful dual stereo speakers which delivers a high-quality audio for favourite track and FM radio.

Allowing you to select from over 4 million songs Nokia X2 comes with a 25 song voucher box and an instant access to the Ovi Music Store. The most highlighting feature of Nokia X2 is its 5 megapixel camera with flash allowing you to capture photos at the touch of a button.