Due to the rapid growth in the number of mobile phone subscribers in India,the 10 digit mobile numbers starting with 9 are coming to end !

In Upcoming days, the mobile numbers will be looking like this 8xxxxxxxxxx instead of 9xxxxxxxxxx. 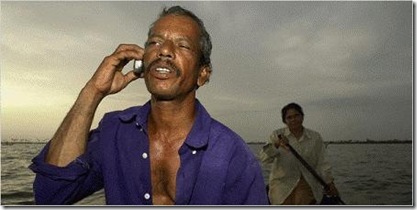 So, soon enough, you’ll have numbers that begin with the digit 8. According to ToI, 10 crore new numbers will be introduced, out of which approximately half will be allotted to companies.
According to Telecom regulatory Authority of India, or TRAI, India had 415 million cellular subscribers at the end of May 2009, compared to 277 million, a year ago. Considering there will be substantial growth in the number of telecom service subscribers in the coming months, further DOT is also planning to move from 10 digit mobile numbers to 11 digits.

It surely shows that DOT had never expected this kind of growth in mobile space and now needs to come up with solutions to keep up the pace of growth.